...so now let's do something a bit more fun.

Below, you'll find three sets of conversations, followed by all kinds of random notes about them.

In the conversations, we'll be using a variety of the conjugations that are explained in our previous lessons.

The length and breadth of the following sentences might be a bit intimidating. Just take it slowly.

Most importantly, look at the word-by-word breakdowns to really get a feel for how Japanese sentences are formed.

Also, keep in mind that all of the speakers in the following conversations are using polite language.

Oh, and we're using quite a bit of the て-form, so you may wish to go back and review our lesson on it.


B：
いいな～、温泉。羨ましいです。
いい な～、 おんせん。 うらやましい です。
Ah, an onsen [a hot spring] sounds great. I’m jealous.
Literally: “good + な～, + onsen / hot spring. + envious / jealous + です.”
Note: Technically, いいな～ is not polite/formal language, but it can be used here because the speaker is saying it to himself.


B：
いいえ、見えませんでした。ずっと曇っていました。
いいえ、 みえませんでした。 ずっと くもっていました。
No, I couldn’t see it. It was cloudy the whole time.
Literally: “no, + was not able to see / was not visible. + the whole time + was being cloudy.”

The above sentences had the following verbs:

ゆっくりする（ゆっくりする // to take it easy; to relax）

If you've been keeping up with our lessons, then you should be able to conjugate and understand all of these verbs as they appear in these conversations.

One possible exception is the verb pattern that appeared in this line:

Why does the English say "went" if the Japanese actually says "go and came?"

These types of phrases are very common. For example, you might tell your spouse:


Or imagine that you're doing 花見 (はなみ // cherry blossom viewing) with some friends. You've run out of drinks, so you tell them:


Unlike the sentences in our conversations above, note that these are casual sentences.

The Use of は

Perhaps you remember when we talked about the nuances of は (that's wa, not ha) and が.

Typically I don't like to talk about particles too much because I think fretting over their exact nuances, usage, and meaning is something that is best learned naturally through high volumes of exposure to the language. I wasted a lot of time reading explanations on particles that were sometimes helpful, but usually led me to think I understood things I didn't.

That said, I know everyone wants to learn more about how to use particles more accurately, so we can take a minute to look at them here.

We have a few sentences in the conversations above where は is performing it's classic function of introducing a new topic of conversation.

That is, the speaker is offering up a new thing to talk about on the topic-of-conversation serving tray... 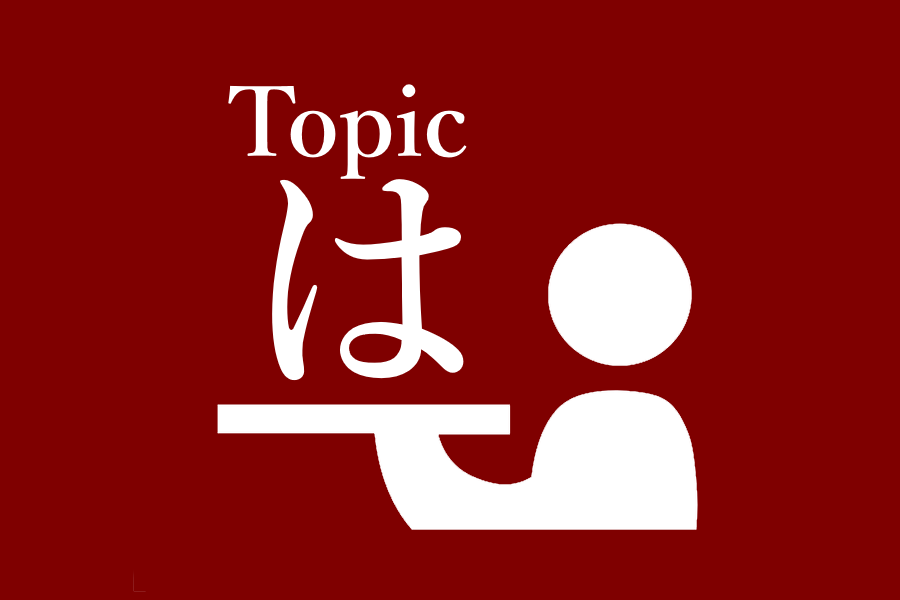 Since this is the classic topic-marking は, it is safe to rephrase the translations (in your mind, at least), as "As for X...."


If you have a sharp eye, however, you might notice that we have one sentence in which a new topic is being introduced, but we are not using は！

I'm talking about this sentence:

Well, in this case, too, it can be helpful to look at は as meaning "as for." See this:


Saying this version with は would make sense if, for example, you go somewhere different every week, and you were offering up "last week" in contrast to other weeks.


Why did this happen in this sentence and not in the other sentences? My answer is twofold:


1) The above sentences could also be using は to express contrast, depending on the context.

For example, let's say you told me that you quit studying French. I know that you had been studying both French and Thai, though, so I could ask:

タイ語は？（まだ勉強していますか？）
タイご は ？ （まだ べんきょう しています か？）
What about Thai? (Are you still studying it?)
Literally: “Thai (language) + は? + (still + studies / studying + are doing + か?)”
Note: This sentence is only formal/polite if the part in parentheses is included.


The reason I put the second half of the sentence into parentheses is that we would leave this part out if the speaker can be assumed to understand this information based on the context of the conversation. Based on the context described above, we are already talking about the listener's language studies, so presumably this information in parentheses does not need to be stated.

I'm a little bit hesitant to give this advice because this is not a cut-and-dried rule. There are cases when you will want to put は after these words, even if you are not offering up this topic in contrast to another one. But I do want to mention this tip simply because I wish somebody had given it to me many years ago. I spent several years putting は after these words in situations where doing so was unnecessary.

Are those verbs in potential form?!

We had one verb in our conversations that is technically in potential form, which is 出来る (できる // to be able to do).

We wrote it without kanji, which happens often with this verb. Technically, this is the potential form of する, "to do" (an irregular conjugation). We're not studying potential conjugations yet, but I think it's a good idea to memorize this one verb ahead of time. できる conjugates as an ichidan verb, by the way. That is, it conjugates the same as verbs like 食べる (たべる // to eat) or 起きる (おきる // to get up; to wake up).

While we're looking at this sentence, we can take a moment to appreciate that the English translation doesn't match up with the literal meaning very well. Unfortunately, we don't say "I can't do listening at all" when talking about listening comprehension for a language. And saying "I can't listen at all" would mean something totally different. In the end, I went with "My listening (comprehension) is terrible."

Well, that was a long lesson, yeah?

I tend to get carried away when I'm given free reign to explain whatever I feel like. ^^

If you're feeling overwhelmed, then please just focus on recognizing the verb conjugations in the conversations above. You really must master all of the conjugation patterns we have gone over so far if you want to be fluent in Japanese someday.