Before we get into this lesson, a quick note about conjugation. Below, we're going to be seeing verbs conjugated into ～たい form, which is used to say "want to VERB." This form did not appear in our conjugation cheat sheet, but it shouldn't be too hard for you to conjugate verbs into ～たい form because all you need to do is add ～たい to the ます-stem of a verb (which you're rapidly becoming a master of, I assure you): 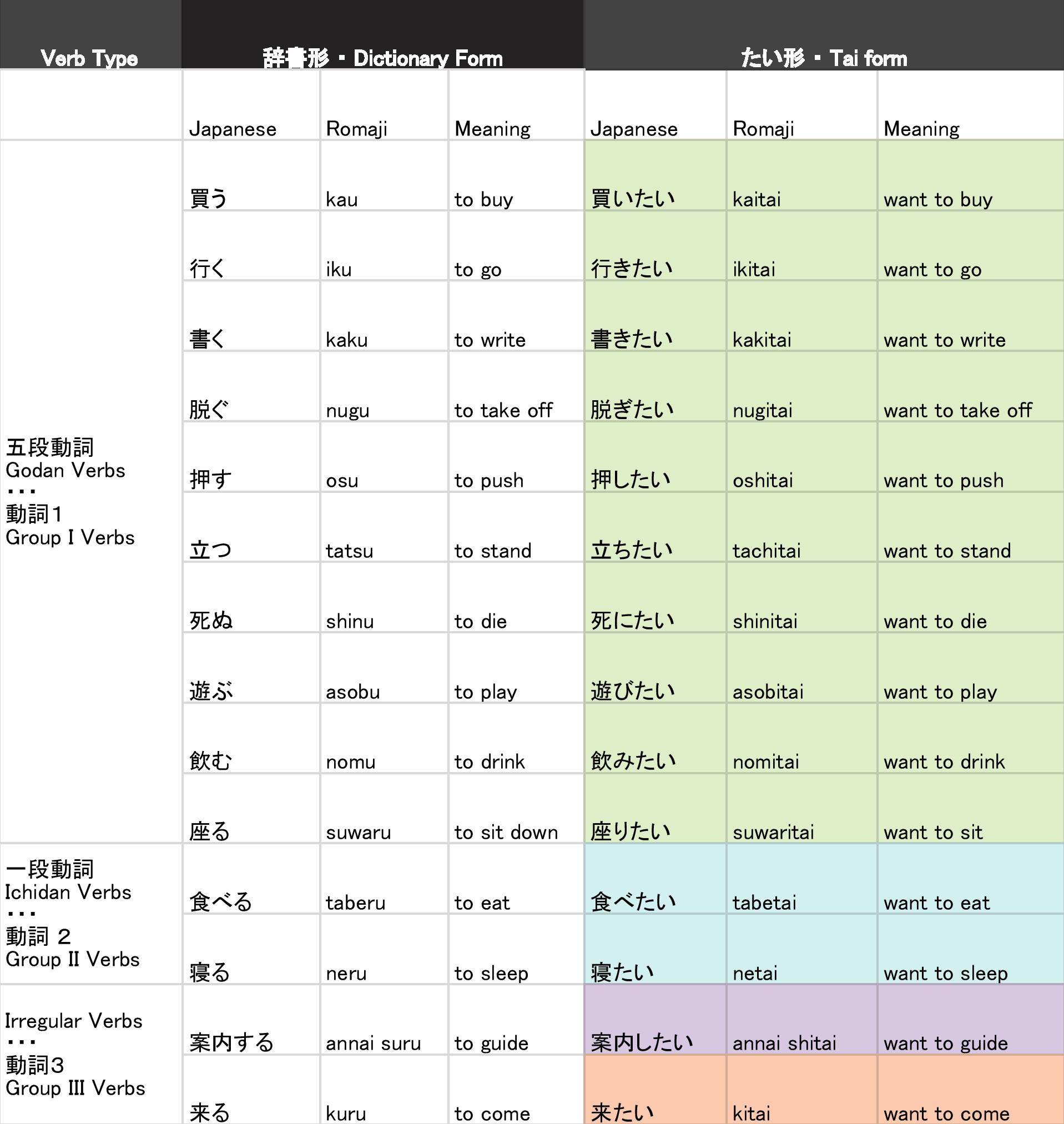 We're also seeing んだ, which we saw way back in this lesson. I already mentioned this before, but んだ is not particularly masculine or feminine — it's neutral (we're technically seeing the more formal んです, but that's beside the point). So, regardless of whether you're a male or female speaker, please feel free to use the sentences appearing below.

I find that the scariest part about using Japanese when out and about in this beautiful country is blurting out the first few words. If you're shy like me, the process might go something like this…

First, you walk into a crazy knife shop, or a custom kimono store, or... fill-in-the-blank store of your dreams.

Second, you panic silently, because you don't know how to talk to the staff.

Then third, you go home and bask in self-induced shame.


Most of us think that we need to have this incredible fluency to manage transactions like complicated purchases, contracts, etc., but in my experience you only need 1 sentence: I'm looking for blah blah blah.

As long as they know that you want a ticket to Kyoto, or a new blue kimono, or a new bank account, or a sharp, beautiful knife, then the rest of the transaction can usually be managed with lots of body language and the occasional English word or two.

I was trying to think of a formula that we could use in various situations, and this is what I (and Rei) came up with...

1) Saying you want to do something:
[something] ～たいんですけど
Note: The ～たい form of a verb comes at the beginning.


2) Saying you want something"
[something] 欲しいんですけど
[something] ほしいんですけど
Note #1: A noun must come before 欲しい.
Note #2: A textbook will tell you to put が between "[something]" and "欲しい," but we're just dropping it for these (completely natural) spoken examples.


For the first one, we can say, for example:

なになに is a filler word. So if I wanted to buy a book, I would say 本 (ほん) instead of なになに.

Also, this んですけど is hard to translate. First we have the "ん(です) of explanation," which just shows that we want some help. If you only said 買いたい (かいたい) and stuck nothing onto the end of it, a Japanese person might sarcastically think (though I doubt they'd say) "OK, good for you." Combining んです with けど shows that we want some help buying [something]. (For more on this topic, see this article.)

And for the second one...


You may already know this, but when you want a thing, you use 欲しい：

But when you want to do something, you use ～たい：


Knowing how to use both 欲しい (ほしい) and ～たい, all we have to do when entering a store is...


Here are some more examples...


Getting & Cancelling a New Phone Contract

That same sentence could also be phrased like this:


The Super List for Your First Week Living in Japan

...is what you just read above. So you might want go over those a few times. ^_^

We don't have too many examples for 欲しい because we're going look at this more in the next lesson, when we talk about wanting other people to do things.