In the last few lessons, I've been talking about how some words are i-adjectives, others are na-adjectives, and others are nouns. It's all a bit confusing, don't you think?

If so, know that you're not alone. Even high-level students get confused about the difference between na-adjectives and nouns, for instance (more on that later). Let's see if we can't get a bit of clarity...

i-adjectives are adjectives that have い (i) attached to the end of them, like:

We've also learned that, in casual sentences, i-adjectives can serve as the "verb" of a sentence all by themselves. (They do not require the copula だ.)

In a more formal sentence, we can just put a です onto the end of that:

In fact, an i-adjective can form an entire sentence if there is enough context to make the meaning clear:

Person A:
ビール高い？
ビール たかい？
Is (the) beer expensive?
Literally: "beer + expensive?"
Note: I dropped the は (wa), which happens a lot in casual Japanese.

I love i-adjectives because they make sense to me. I'm less fond of na-adjectives, and you'll see why below. 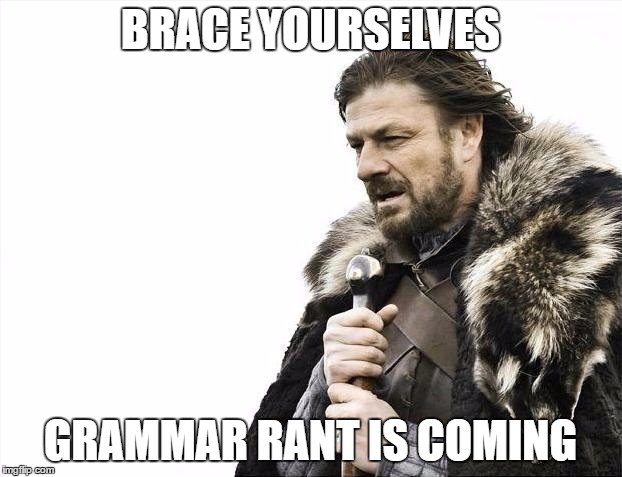 I hate using the word “adjective” when teaching Japanese.

I’ll start with the first one. Remember way back in elementary school when your teacher said, “an adjective is a word that modifies a noun?” No? Maybe you were drawing pictures on your desk or something when she said that.

Such a teacher probably wrote something on the board like “big dog.” “Dog” is a noun, and “big” is modifying that noun, so “big” is an adjective.

This examples works OK in Japanese, too:

And your teachers might teach you something like that. And in doing so, they’ll divide Japanese “adjectives” into two categories:

OK. Yeah. That works all right, too.

...until we suddenly run into the ridiculous number of cases in which our “na-adjectives” don’t need な.

For example, at the end of a sentence:

Your girlfriend has mad-beautiful hair. You must tell her that it’s beautiful! So you caress some of the strands framing her face and say:

Ahhhhhhh, I love two-word sentences in Japanese. Yes, by the way, that’s a full sentence. Me Tarzan. Hair pretty. We love that stuff in Japanese.

But where’s our な？

Man, I don’t need me no な at the end of my sentences. Only before nouns, duh.

Another problem is that there is a ridiculously large number of words in Japanese that are sometimes “na-adjectives” and sometimes “nouns.” One great example:

When I first learned this word in Japanese class, they told me it was a noun:

健康が一番！
けんこう が いちばん！
health + が + number one!
→ Nothing is more important than your health.

This, too, is a full sentence. Yay; Tarzan; etc.

Fast forward several months, and 健康 starts messing with my once-organized understanding of Japanese grammar. Namely, it starts acting like a punk-face na-adjective:

What? I thought 健康 was a noun! What's that な doing in the sentence?!

OK. So now we’re all confused. What are we supposed to do about it?

Well, I can tell you what NOT to do: What I did.

Back in the day, I thought, well, I’ll just memorize which words can be both nouns and na-adjectives, then I’ll learn to use those separately based on context and whatnot. Such a dumb idea. Primarily because it was based on the assumption that Japanese people themselves know the difference between a na-adjective and a noun—they don’t.

Case in point: Rei and I were brainstorming phrases that I could use for the above explanation, and she said:

She looked at me like I was crazy. Then, after a few silent moments, said, OK... hmm…

It’s not that Japanese people are incapable of separating the na-adjectives and nouns. It’s that they don’t care. They don’t need to separate them, and neither do you in the vast majority of cases. I mean, when speaking your native language, do you care if a word is a noun, adjective, adverb, etc.?

If you’re a grammar queen, you might say that you do, in fact, separate all of those. Until I catch you saying things like “healthy food” (← adjective) and “eat healthy” (← adverb). Heretic!

The purpose of this uber-confusing intro to na-adjective is as follows: Do. Not. Overthink. This.

We are looking at surgical breakdowns of the Japanese language, but that doesn't mean that you need to understand every little bit of every single sentence. Mastery will come with time. And it will be messy.

I’ll help for as much of it as I can.