Did you know that déjà vu is also a word in Japanese?

It means the same thing.

Did you know that déjà vu is also a word in Japanese?

It means the same thing.

到着は夜中なので、迎えに来てくれなくてもかまいません。
とうちゃく は よなか なので、 むかえにきて くれなくてもかまいません。
I won’t arrive until late at night, so I don’t mind if you don’t pick me up [don't come meet me] (at the airport, station, etc.).
Literally: “arrival + は + middle of the night + because (=なので), + pick (someone) up / meet (someone) (and) + even if you don’t give (me) + no problem / doesn’t matter.”

迎えに来る (むかえにくる // to pick someone up; to meet someone [who's coming from somewhere]) is such a peculiar phrase that I feel the need to explain it every time we come across it.

...so maybe I should just let it go already.

In any case, I think this illustrates how really common phrases will show up again and again... and you really can't help memorizing them as a result. Embedded somewhere in that insight is probably the argument that you don't really need to do things like flashcards, as long as you're really getting high levels of consistent exposure to the language. I might agree... somewhat. Flashcards helped me build a foundation of Japanese. But now that I'm at a high level, I don't really need them anymore.


Let's say you're looking for an apartment in Tokyo, and a realtor is showing you some apartments.

The all look nice enough. But you don't feel like walking 18 minutes to and from the station each and every day during your work commute. Also, you're loaded. So you say:

Getting an apartment in Japan can be kind of a nightmare, by the way. A lot of landlords will not allow foreigners. When I got an apartment way back in 2013, my realtor called 26 landlords of places I was interested in. 20 of them said "No foreigners." That'll get you sued in a heartbeat in the U.S. It'll get me into a less-than-amazing apartment in Tokyo. *_*

I know I said no digressing, but why should we have to focus every day?

While we're on the topic of things that can be a lot of work and/or expensive in Japan, getting a driver's license is one of them.

Where I'm from, you just take a written test, then a driving test, and pay reasonable fees for both.

In Japan, people complete courses that cost thousands of dollars. And then once you get a car, you get rocked by taxes and fees like 車検 (しゃけん // [mandatory] vehicle safety inspection). It's like a smog test on steroids. Here's an article about it.

If you're wondering why I'm talking about driving, it's because...

I would have almost certainly messed up that first sentence. Saying "want to ride" seems so odd to me as an English speaker. I'll have to remember that one.

In other news, I've always loved the word ボロボロ. Unless you want to have nightmares about your teeth falling out, don't look up ボロボロ on Google images. Instead, look at this picture of ボロボロ Vegeta: 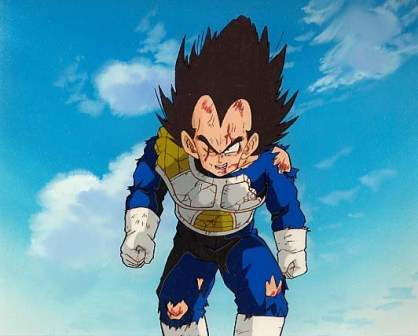 二次会 is a lot like 迎えに来る in that I want to explain it every time I see it.

It's basically the second place you go when having a 飲み会 (のみかい) with people. We learn all about it in Toby in Tokyo.


Starting your own coffee roasting and bagel company sounded like a good idea at first.

But then you found out you were allergic to gluten, and the gallons of coffee you were drinking a day were keeping you up at night.

Thus, you lost all of your life savings―and you didn't have much to begin with―and now find yourself saying:


Oh, snap! I forgot to do the construction stuff.

Well, it's the same as we saw in the ～てもいい grammar point that means the same thing.

So, it can be used with VERBS, i-adjectives, and NOUNS and na-adjectives.

Note that it's でも and not ても after NOUNS and na-adjectives.

This should all feel natural in time. Like brushing your teeth. Or hitting the snooze button, if that's your thing.