142 - A Goodbye Walk Through Tokyo

I have a somewhat unhealthy obsession with going for long walks around Tokyo. Just about any time I have a free morning or afternoon, I'll spend it wandering around the alleys of this giant city.

And today was the last walk I'll be having for quite some time, as Rei and I are flying to the U.S. tomorrow.

I'm not sure when I'll be back in Tokyo--maybe a year or so from now?

And it might be a very, very, very long time before I live here again. I have no idea.

As such, I put aside a few hours this morning for a very long walk around my neighborhood. Here are some photos that I took along the way... 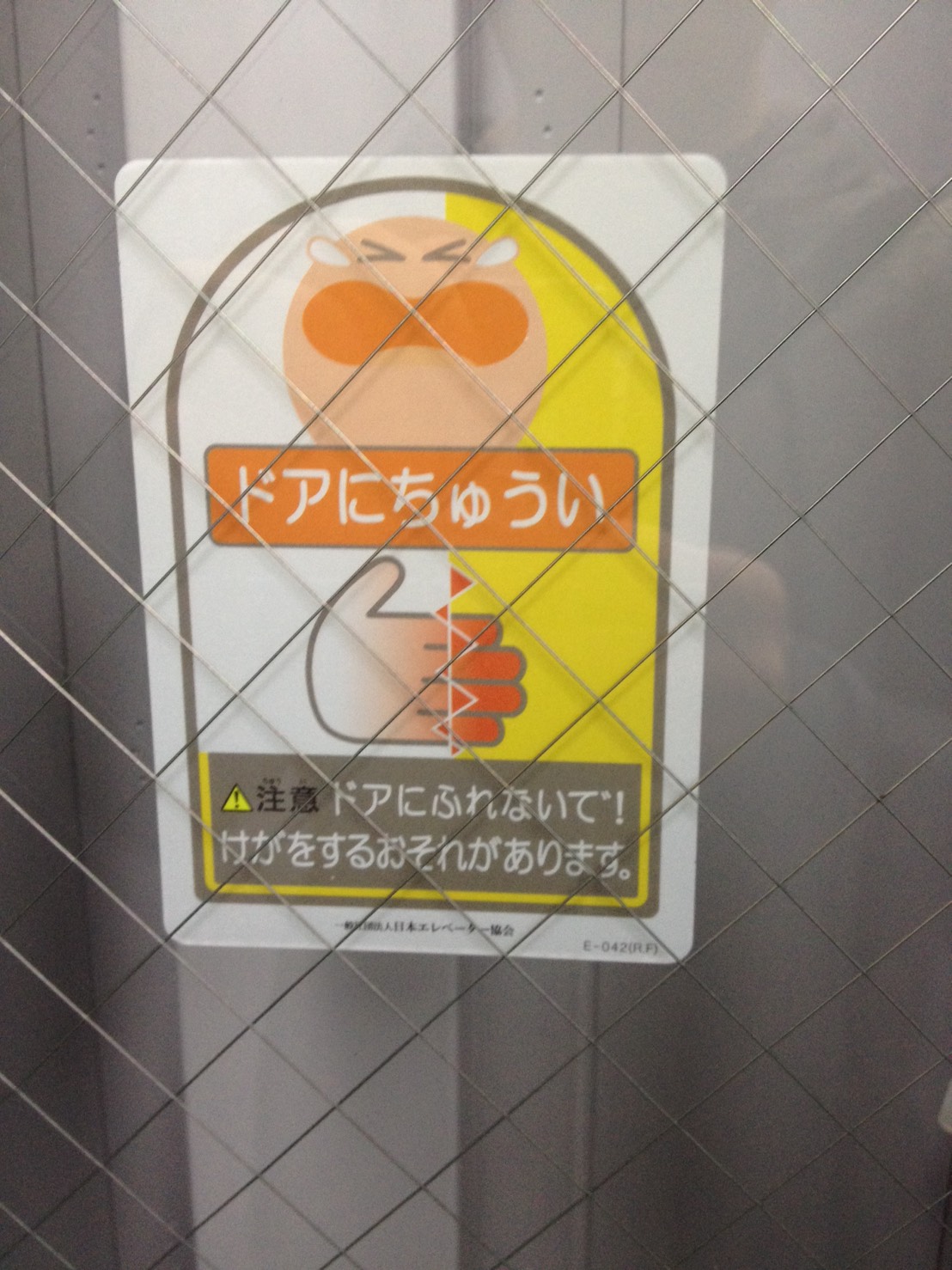 This is a sticker on the door of the elevator in our apartment building. It says:

ドアにちゅうい
ドア に ちゅうい
Watch out for the door. // Be careful.
Literally: "door + に + caution."
Note: Usually you'll see ちゅうい written with kanji, as 注意, but on some signs they'll avoid using kanji so that young children can read it as well.

注意 ドアにふれないで！
けがをするおそれがあります。
ちゅうい ドア に ふれないで！
けが を する おそれ が あります。
Caution. Don't touch the door!
You might injure yourself.
Literally, Line #1: "caution + door + に + don't touch."
Literally, Line #2: "injury + を + do + concern/fear + が + there is."
Note: You'll also see けが written with kanji quite a bit, as 怪我. Also, attaching おそれがある to the end of verbs in dictionary form is a grammatical construction for saying, "There is a danger of VERBing," or "You might VERB," where VERB is always something negative.

The first verb that I ever learned for "to touch" was 触る（さわる）. But here we have 触れる（ふれる）.

Here's what people are saying on Yahoo! Answers: 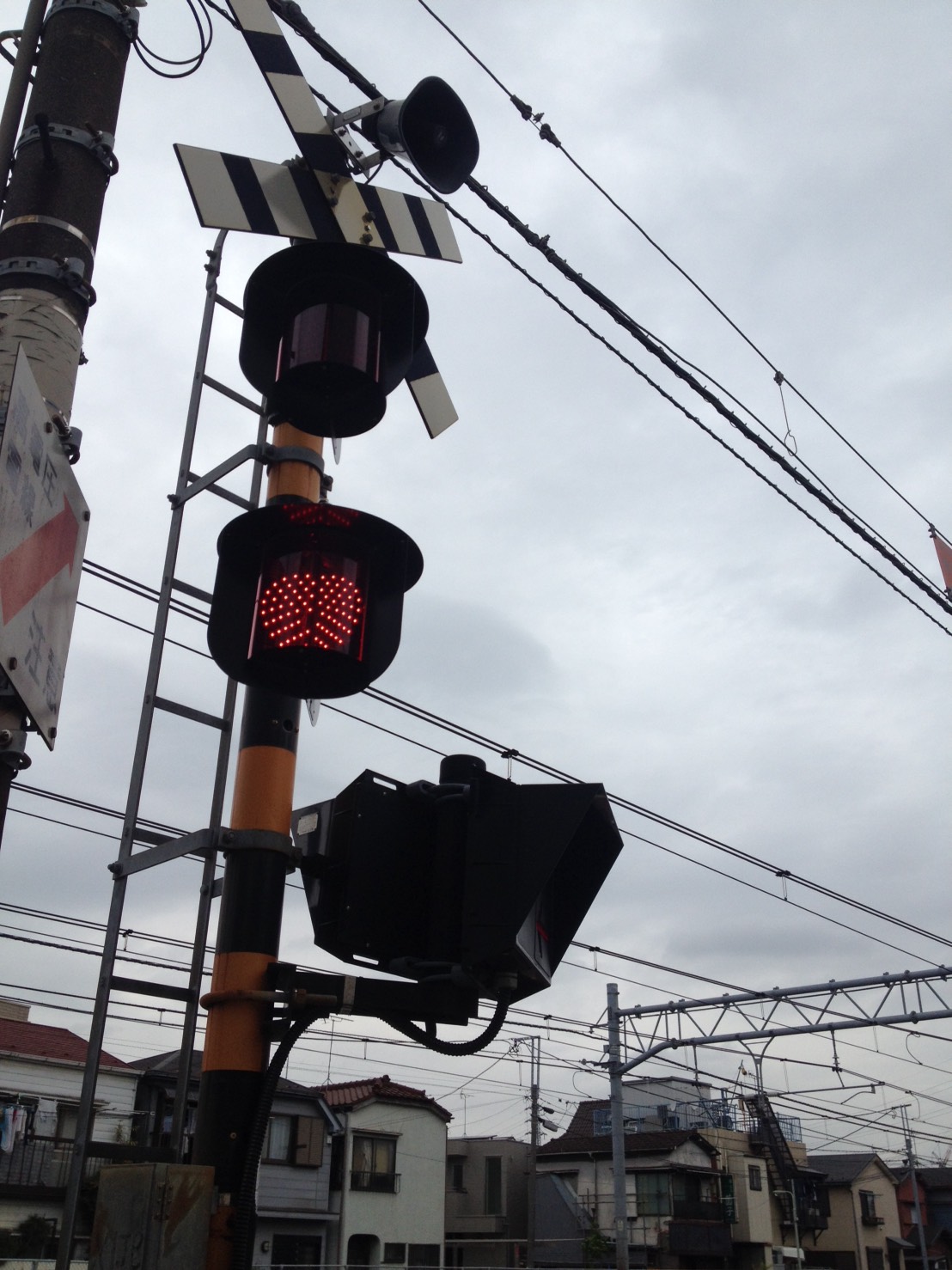 Here is a train crossing near our apartment.

I can't count how many times I've walked across these tracks. 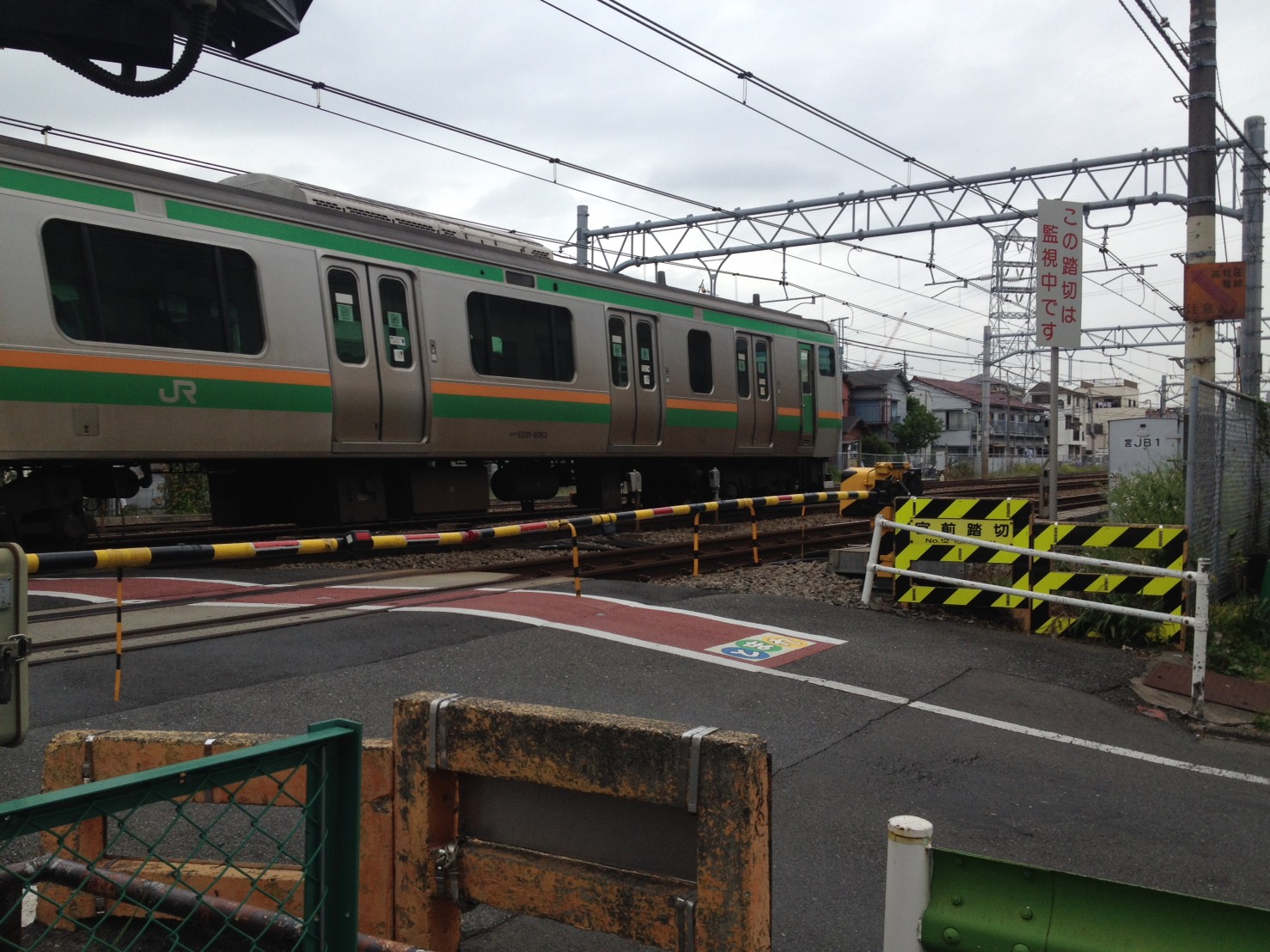 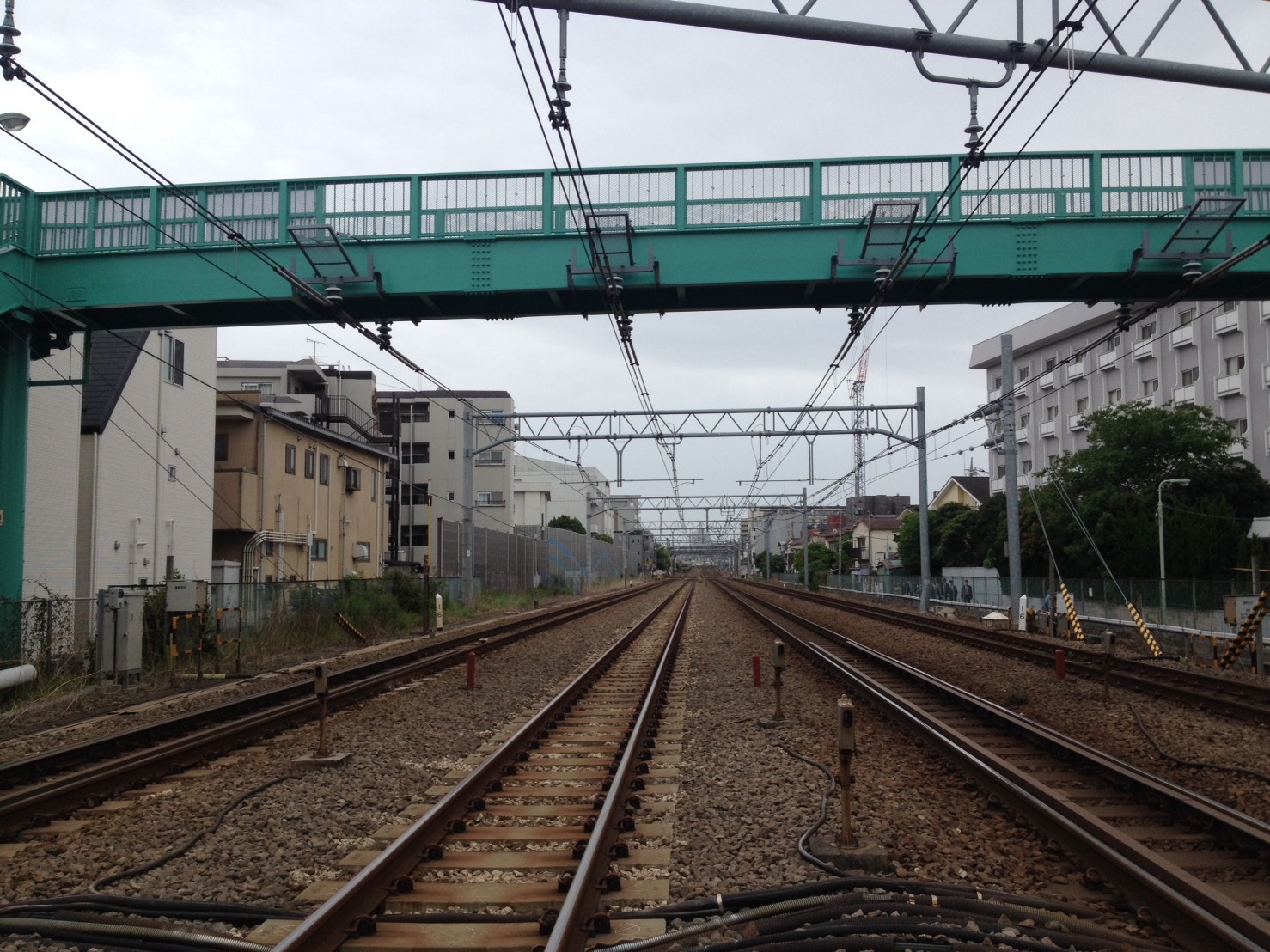 Speaking of which, let's all be careful when crossing train tracks! 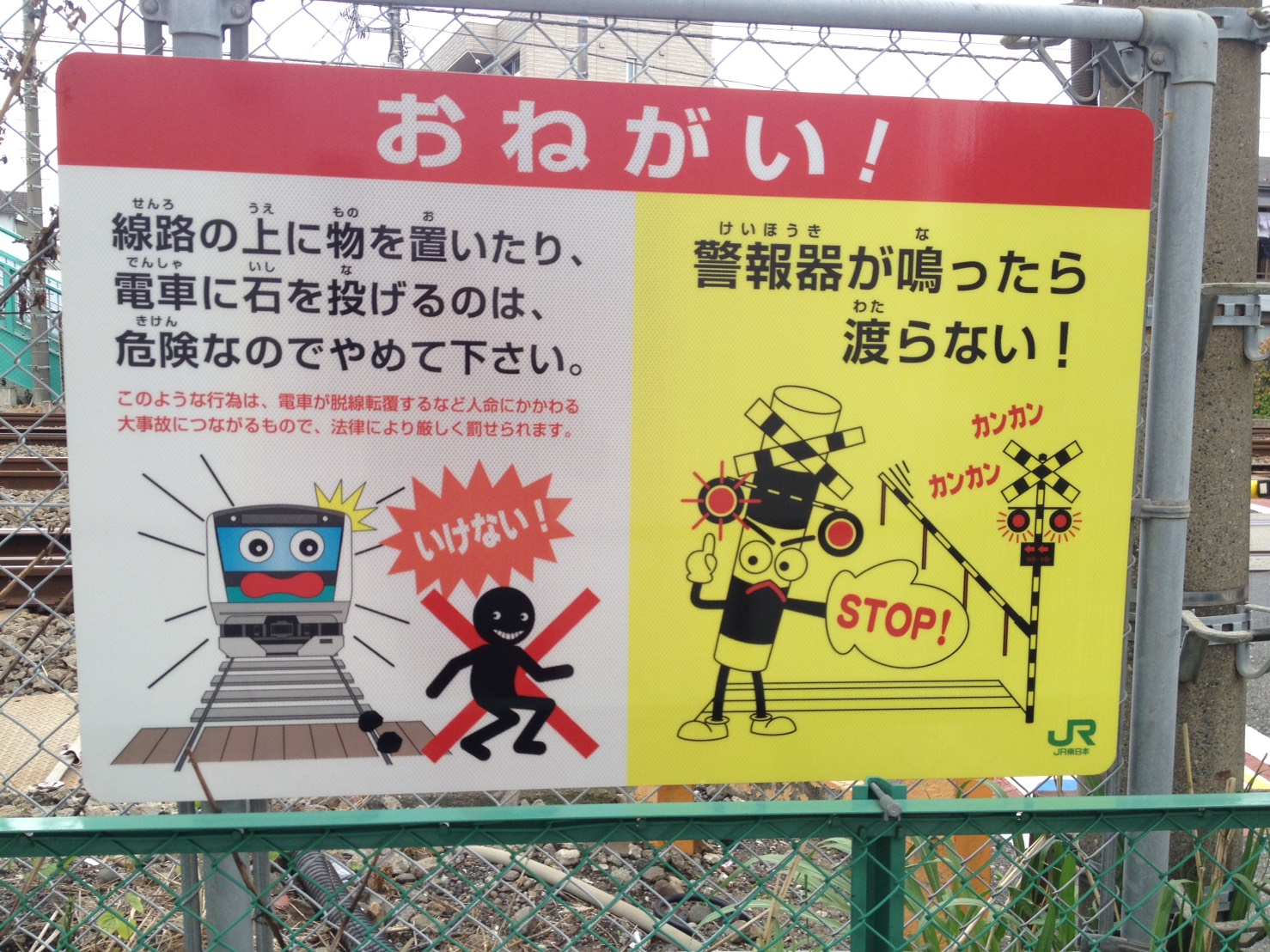 It's kind of hard to translate that into English. The word お願い（おねがい） all by itself means "favor," but it can also mean "please." So the nuance is kind of like saying, "Please (follow the instructions below)."

The one on the left says:

Note #1: Conjugating 置く（おく // "to place; to put; to leave [behind]"） as 置いたり（おいたり） is a way of indicating that this is not the only verb/action we're talking about. In the English, this is showing up as "such as leave." It'd probably make a good lesson topic for another day ^^.

Note #2: Also, ので means "because," but we add な to the front when it comes after na-adjective or nouns. That's why we have 危険なので, "because it is dangerous."

This sentence reminded me of a mistake I made the other day.

I was referring to a train crossing like this, and I called it a 交差点（こうさてん //crossing; intersection）, which is INCORRECT. A 交差点 would be anintersection. In other words, a place where two streets intersect or cross.

A train crossing would just be called a 踏切（ふみきり // railroad crossing）, and when you talk about "crossing" train tracks, you could use 渡る（わたる // to cross over; to go across）, like this:

By the way, if you find that all of this Japanese is just too difficult, you may find some comfort in knowing that English is even harder for Japanese people: 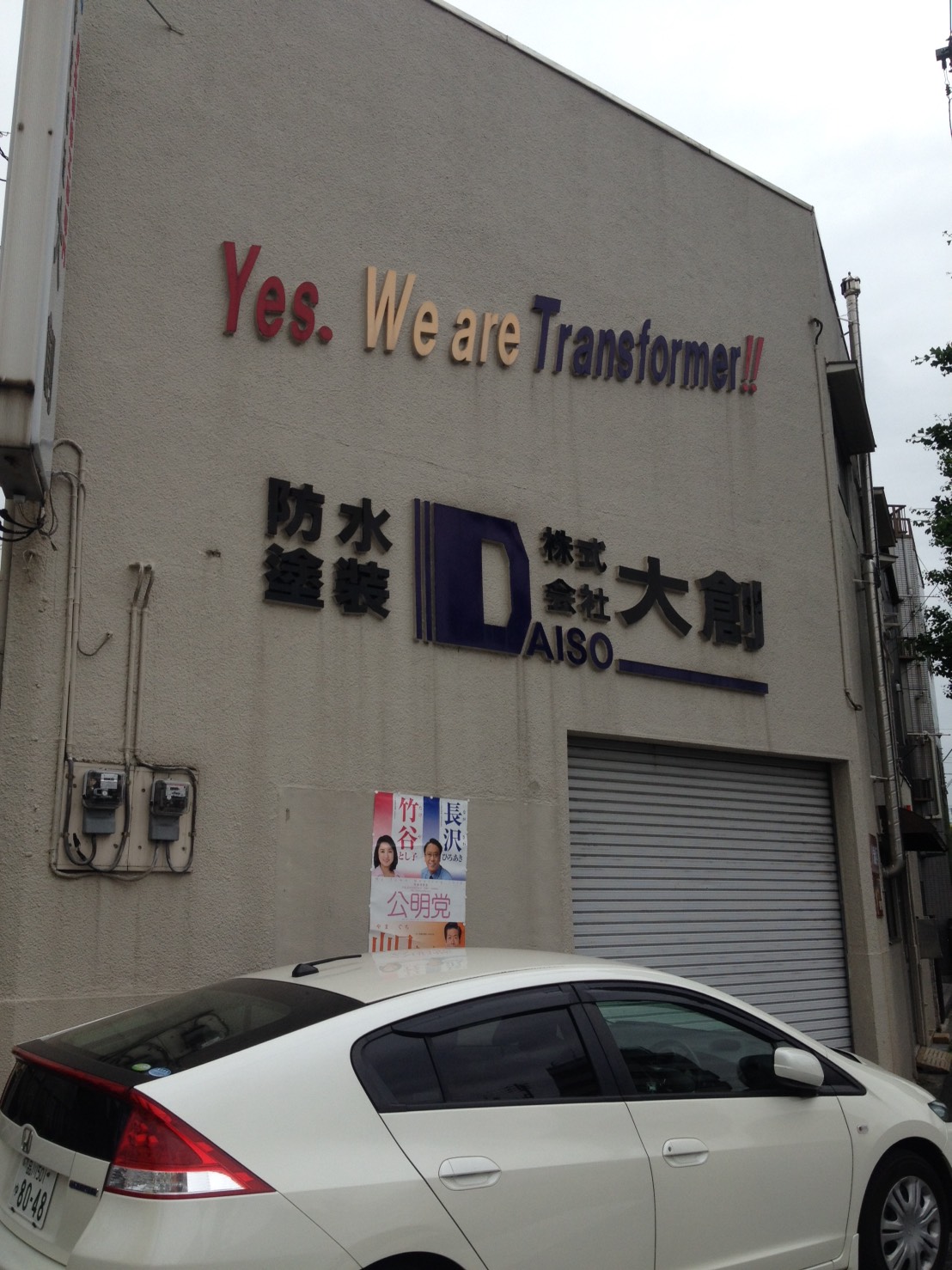 I also walked by where all the trains hang out when they're not working: 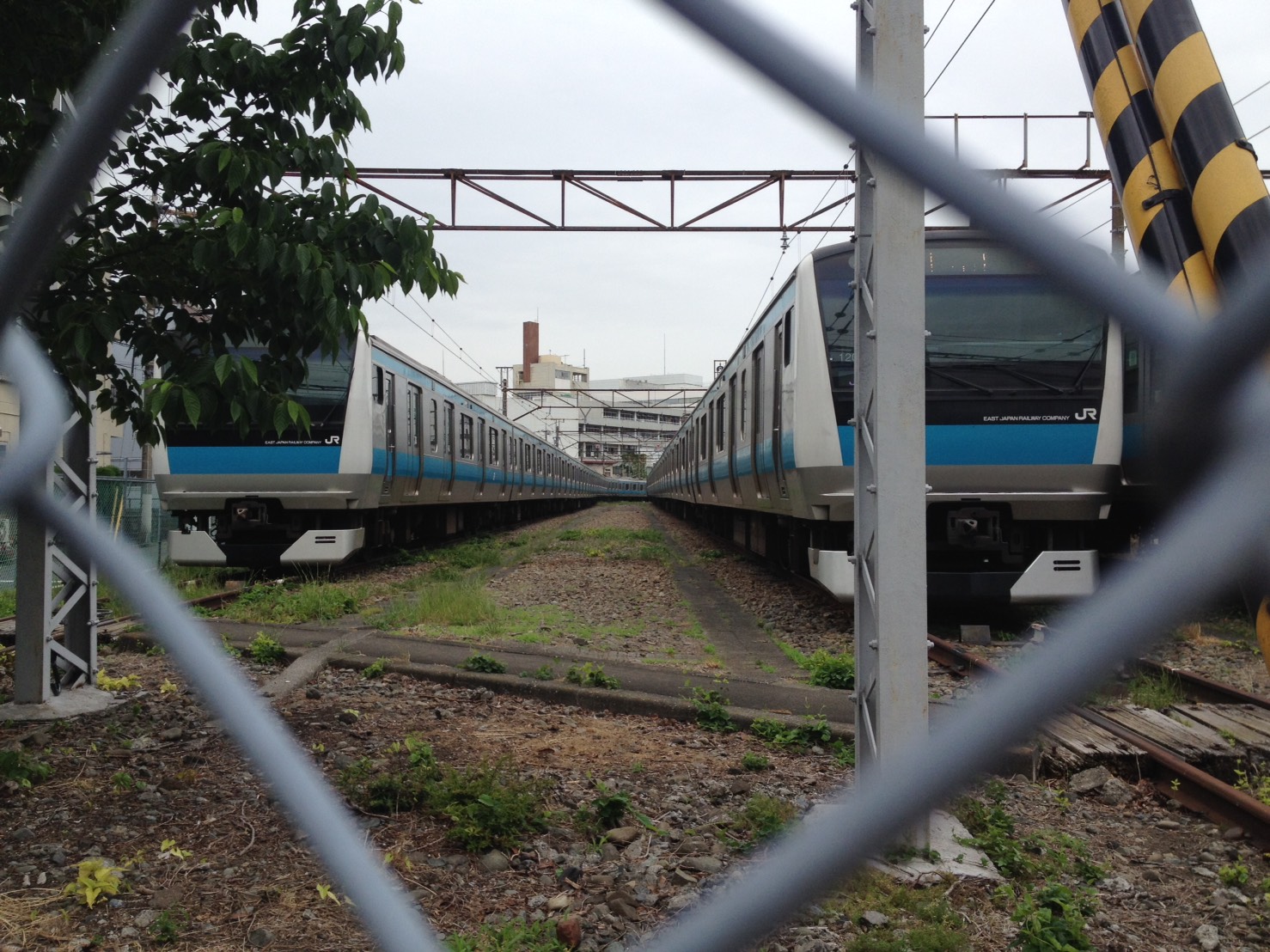 A little bit after that, I found myself exploring 本門寺（ほんもんじ // Honmonji [Temple]）, which happens to be one of my favorite places in Tokyo. 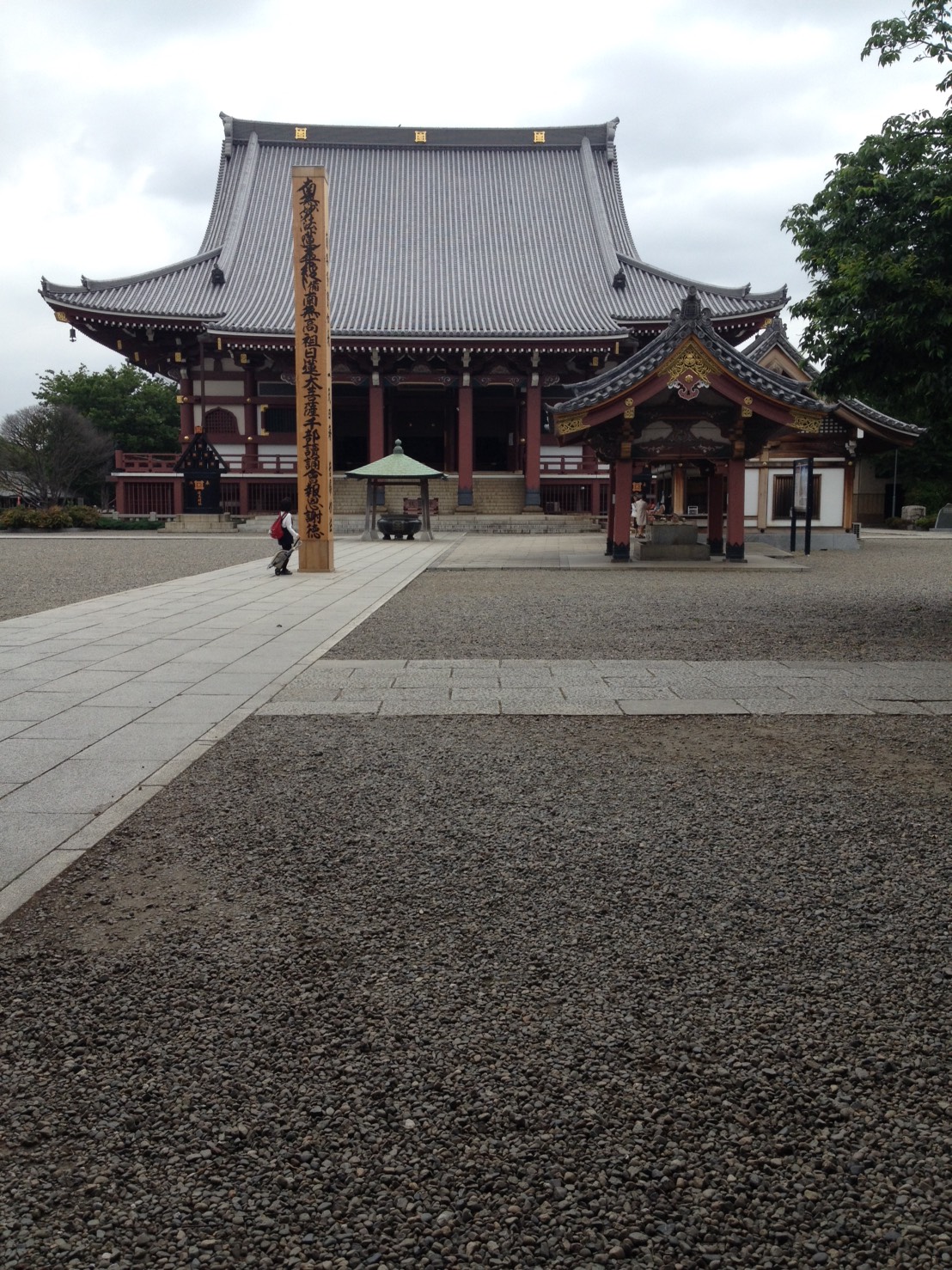 I've never seen a non-Japanese tourist here, and if you go on a weekday, it's practically deserted. 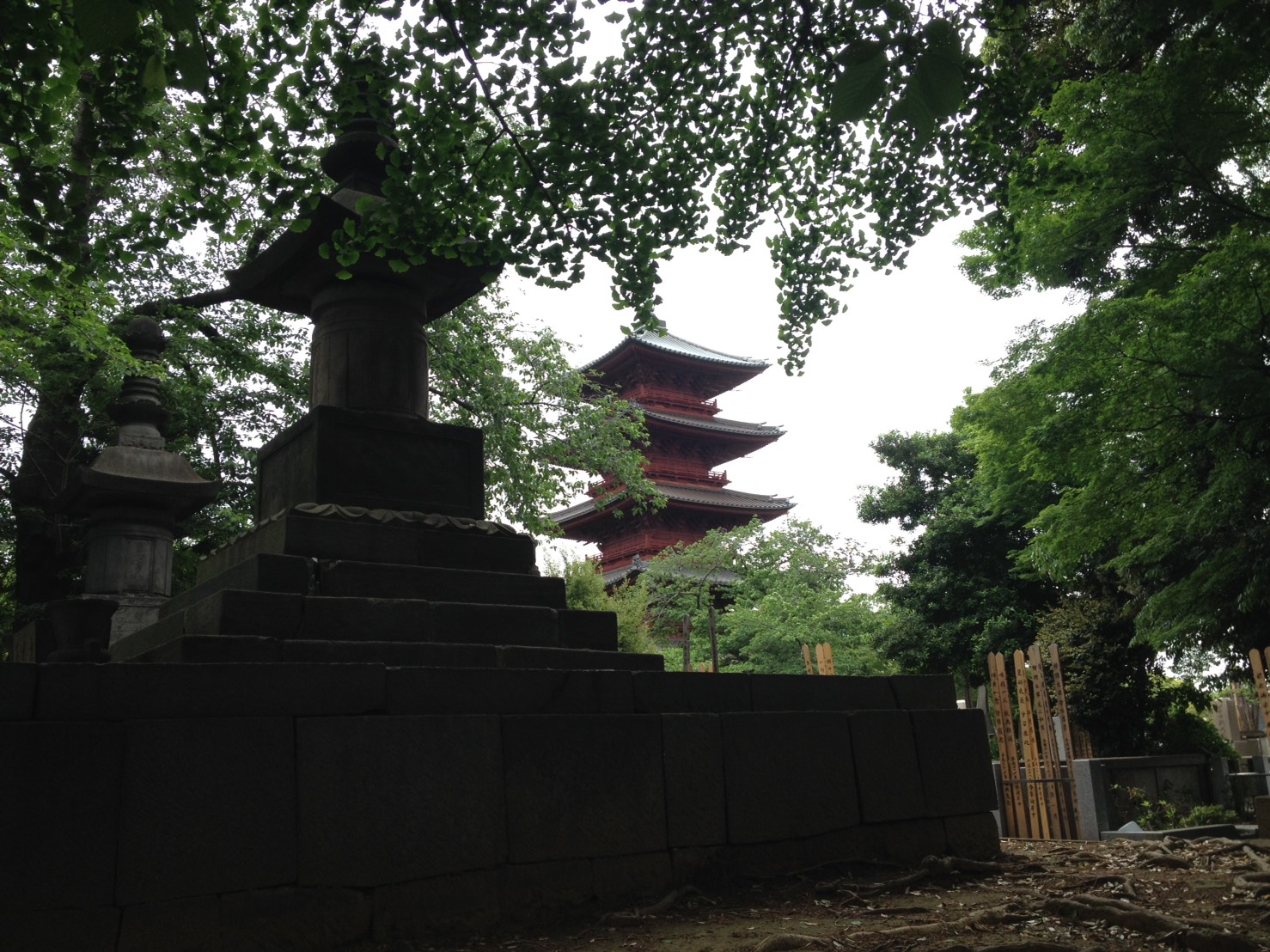 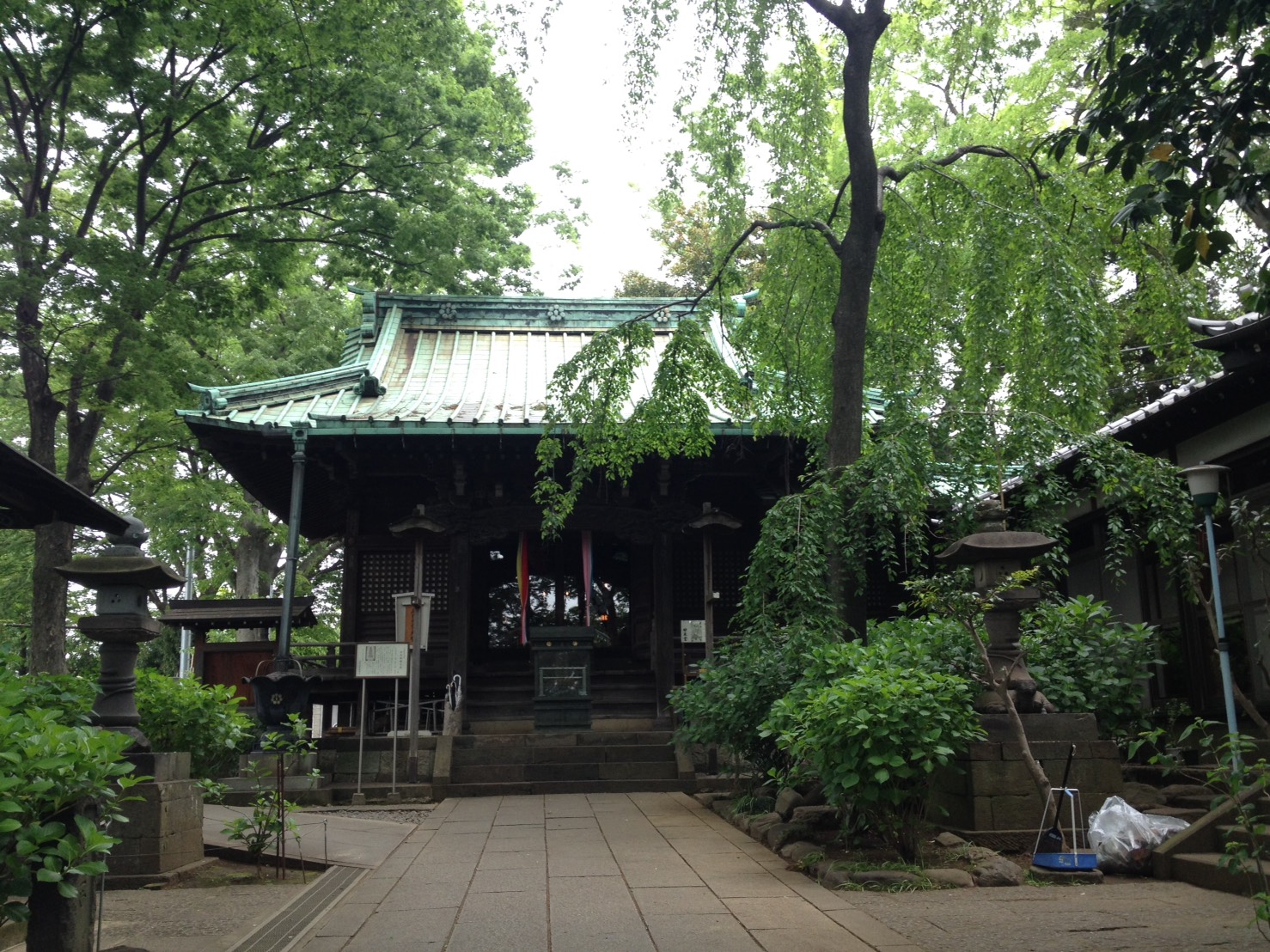 On a side note, I have taken part in a お墓参り（おはかまいり // a visit to a grave） here before... but that's a lesson for another day. 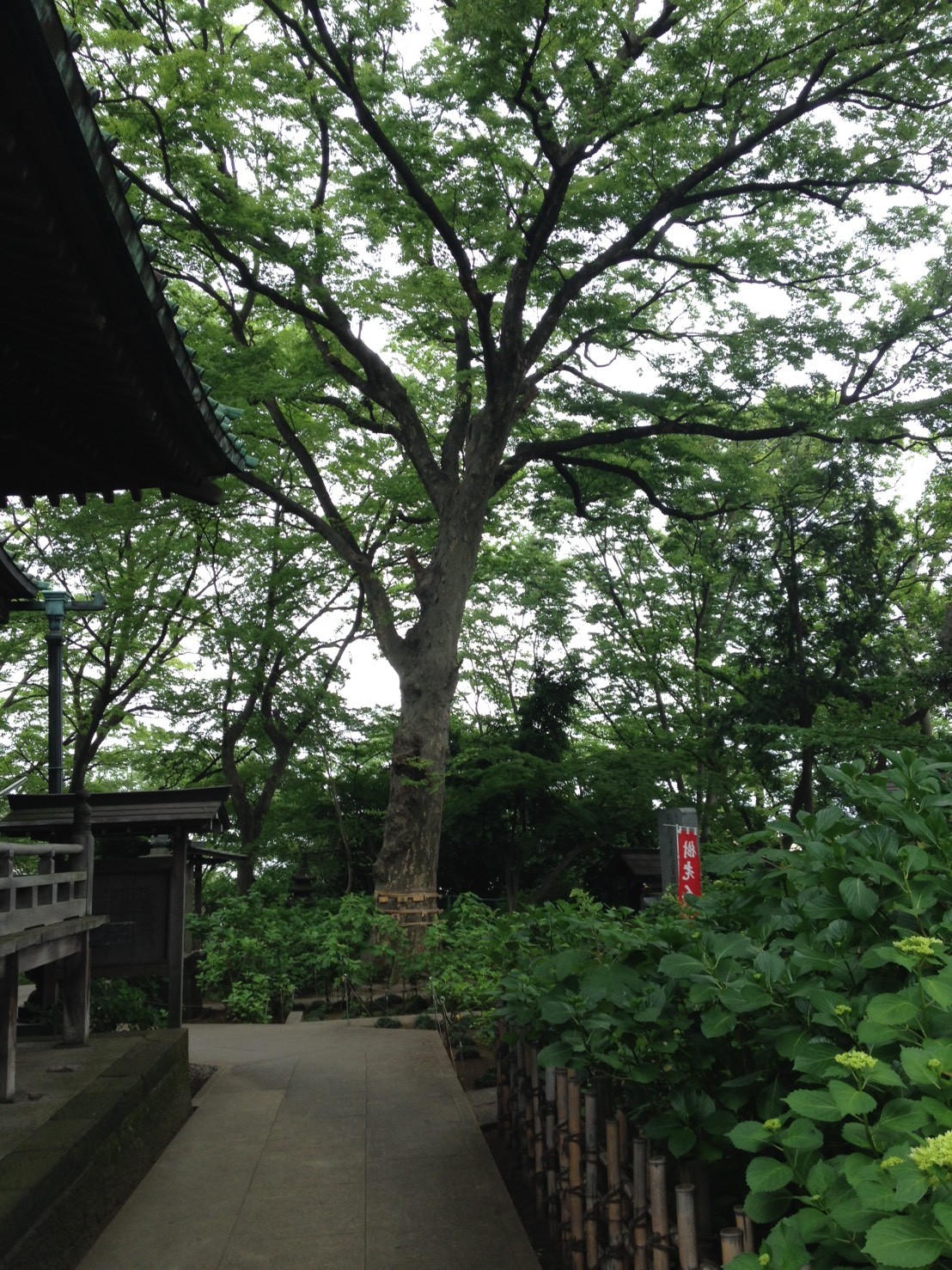 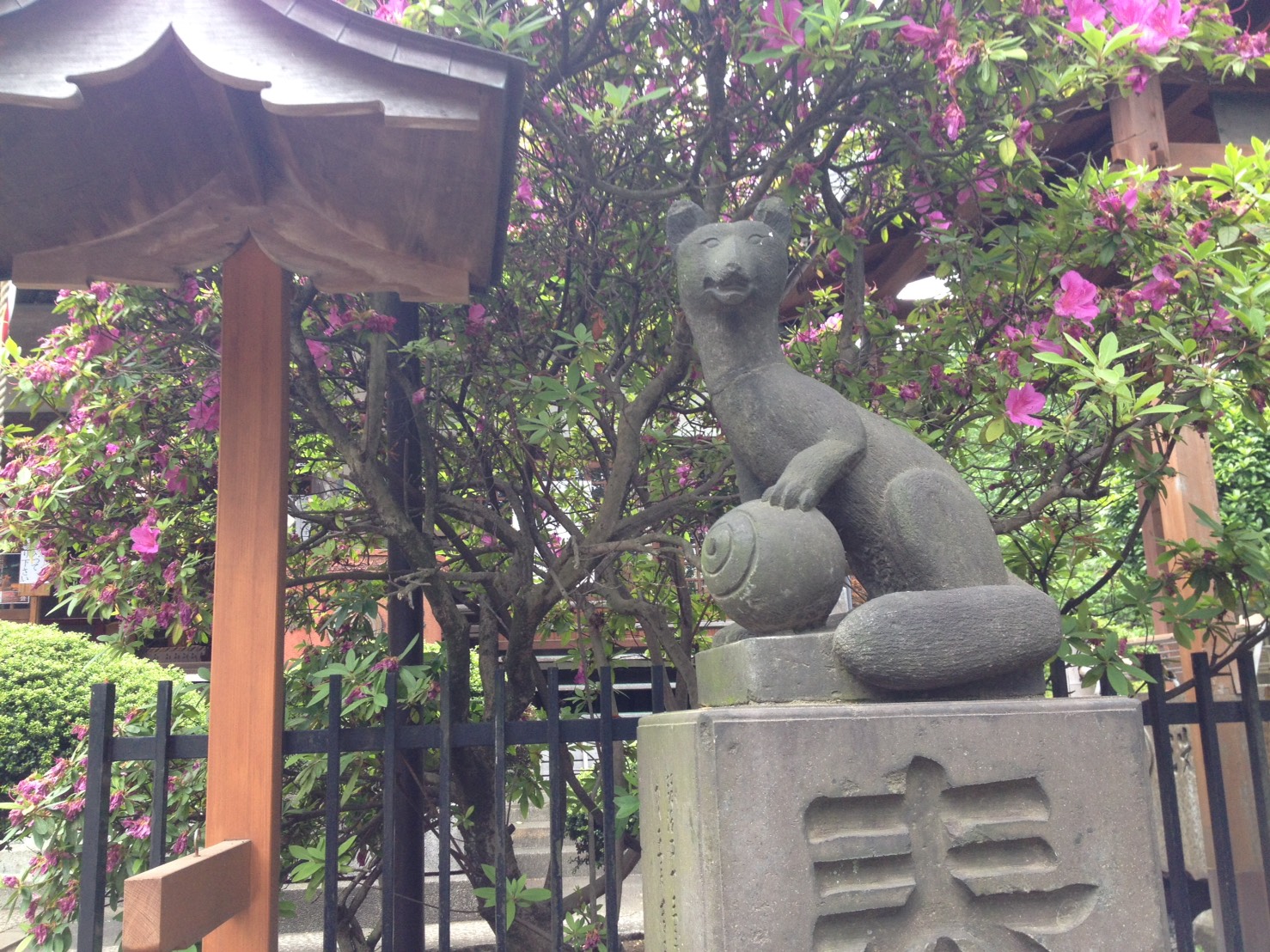 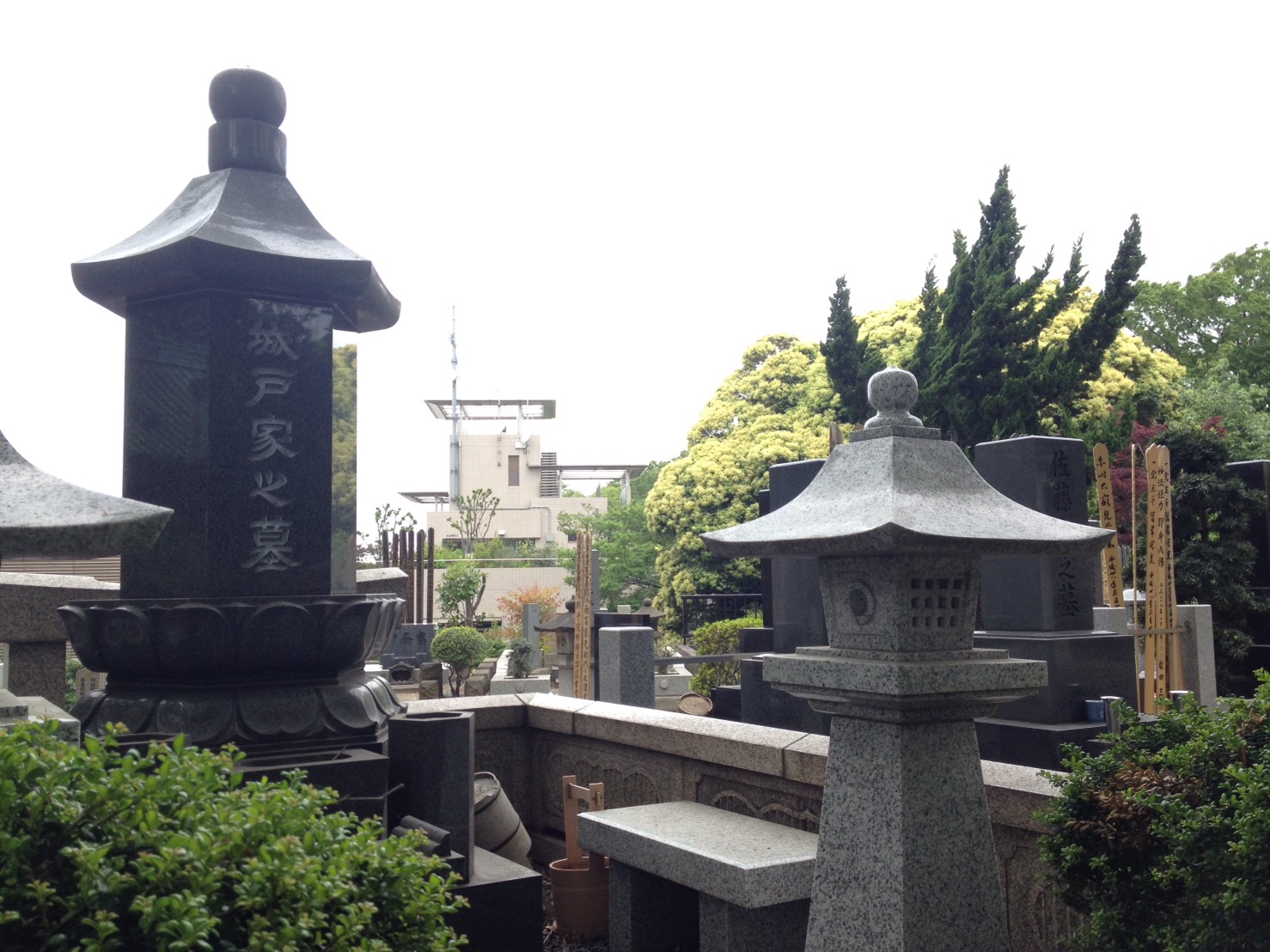 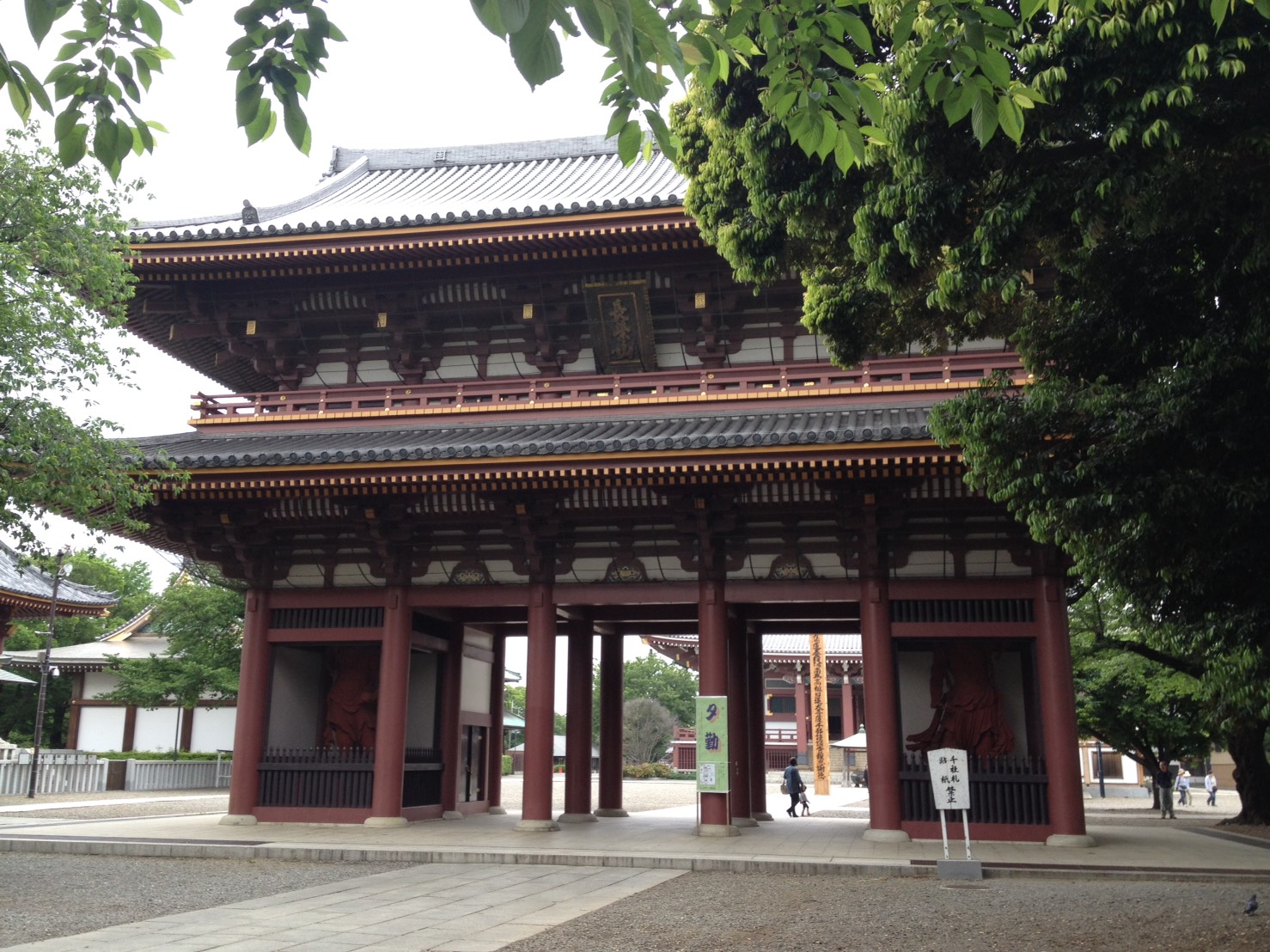 I'll be missing you.