Today's topic is actually a really important one to understand Japanese. In fact, many textbooks go as far as to say that without understanding this grammar point is to be illiterate in Japanese.

Indeed, without knowing how to connect basic sentences to create longer, more complicated and sophisticated sentences, your repertory of tools to express yourself is very limited. We don't want to to stay in the beginner's shoes forever, do we? Then let's see what this great tool looks like:

Now, this doesn't look like much, does it? Don't worry, it'll get complicated very soon, I promise.


There are many different uses for the て-form, as you could guess from the introduction, and you will get to see many more uses of it if you stick with these lessons (or if you also read the lessons for N4 - N1), but we'll go to the most basic of it all first.

That is, the て-form connects two smaller sentences to make it one, by which it also shows the order in which every action is done. This might be confusing, so let's look at how to make them first.

In this lesson, we'll only be looking at the verbs. The て-form can also be used with adjectives and in place of です/だ, but we'll get to them later.

So here's what it looks for the simple group, the Group 2 verbs:

I hope you can see the reoccurring process these verbs underwent. For this group, we take away the final る of the verb and replace it with て. And we're done! Quite simple. I hope this gets you into the mood for...


The hard part, the Group 1 verbs. This takes a little more explanation. Don't worry, we'll get through it together!

There are actually five groups you can further sub-categorize these verbs into.

The first group consists of verbs ending on う/つ/る and becomes the て-form by dropping the ending and adding a little っ with the て. So you add って, like so:

Next up, the second group has the ending す which becomes して:

The third group has く at the last position and becomes いて:

Note: There is one irregularity here! Let's look at 行く

Even though it has the ending く, it doesn't form into *行いて but instead becomes 行って. You just have to memorize this.

Directly relating to that, the fourth group has ぐ at the end and becomes いで:

And finally, the fifth group with ぶ/む/ぬ at it's end. This one forms to んで:

Note: You might have noticed that the first group here has the same ending as the Group 2 verbs (e.g. Group 1: 走る; Group 2: 寝る). Differentiating between these types can be a hard challenge when you start out and there are no all compassing rules for this, so at first just remember the verb together with it's group association.


And to make it complete, here are the irregulars 来る and する:

来る ⇒ 来て
くる ⇒  きて
to come
Note: Notice how the reading of 来 changes from く to き in the て form. This transformation is unique to 来る, so just remember it this time and don't worry about other cases.

It might be a good idea to look at this list, or make one yourself with new words you found, and just glossing over it some times until you get a hang of it. But even if you make mistakes after a while, don't worry too much. As I said, this structure is used very often and therefore you will get to practice it every time you get in touch with Japanese.

So let's begin the practice right here, with some example sentences. Note how the verb in て-form is used to illustrate a sequence of actions. This is why all of our translations will have words like "and" and "then."

予約をして、レストランに行きます。
よやく を して、 レストラン に いきます。
I'll make a reservation and go to a restaurant.
Literally: "reservation + を + do (and) + restaurant + に + go"
Note: You can see here how the comma is separating two sentences which would work on their own. But because of the て we know they happen in succession. So first he makes a reservation and then goes to the restaurant.

コンビニへ行って、飲み物を買った。
コンビニ へ いって、 のみもの を かった。
I went to the convenience store and bought a drink.
Literally: "convenience store + へ + go (and) + drink + を + bought.
Note: In this sentence you can see how the て-form is tense neutral. That means it has no tense on it's own, so you interpret this sentence part with the tense of the next part, which is past.

この通りをまっすぐ行って、ふたつめの角を左に曲がってください。
この とおり を まっすぐ いって、 ふたつめ の かど を ひだり に まがって ください。
Please go straight down this street and turn left at the second corner.
Literally: "this + street + を + straight + go (and) + second + の + corner + を + left + に + turn + please"
Note: You see here 曲がって and after that ください. This shows you one of the many other ways the て-form is used. ください is a way to make a polite request (or a polite demand) as you would with "please" in English. Remembering this structure of ~てください can be very helpful. Luckily, we'll have another N5 Lesson on this topic in the future.

彼はときどき歯を磨かないで寝る。
かれ は ときどき は を みがかないで ねる。
Sometimes he goes to sleep without brushing his teeth.
Literally: "he + は + sometimes + teeth + を + not brush (and) + sleep."
Note: Although we didn't look at it in this lesson, as you can see here, it is also possible to have the て-form of a negative verb.

I hope you got an insight on how the て-form works on verbs. It might be a little overwhelming at first but it's necessary to go through with learning this to make sense of natural Japanese.


If you like a little challenge, here are some Group 1 verbs for you to transform to the て-form. So only use the rules from the Group 1 section to get a better feeling for them.

This lesson was written by Dennis, a guest contributor: 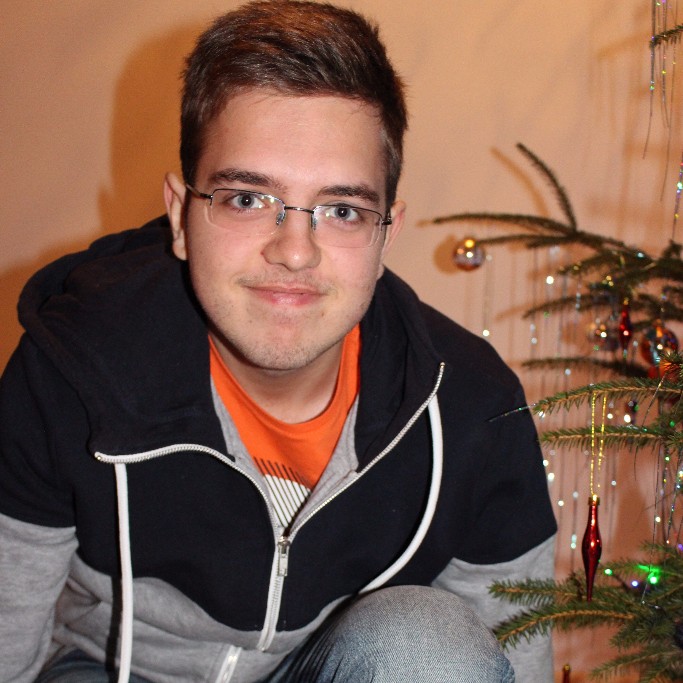